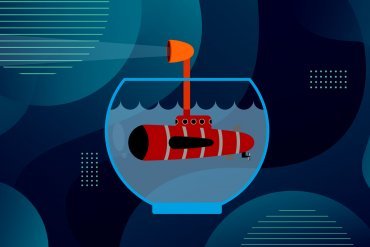 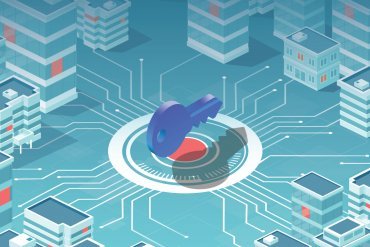 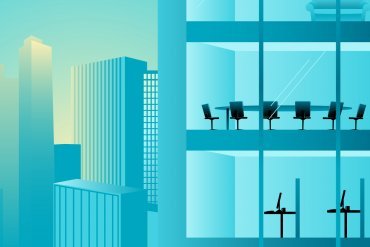 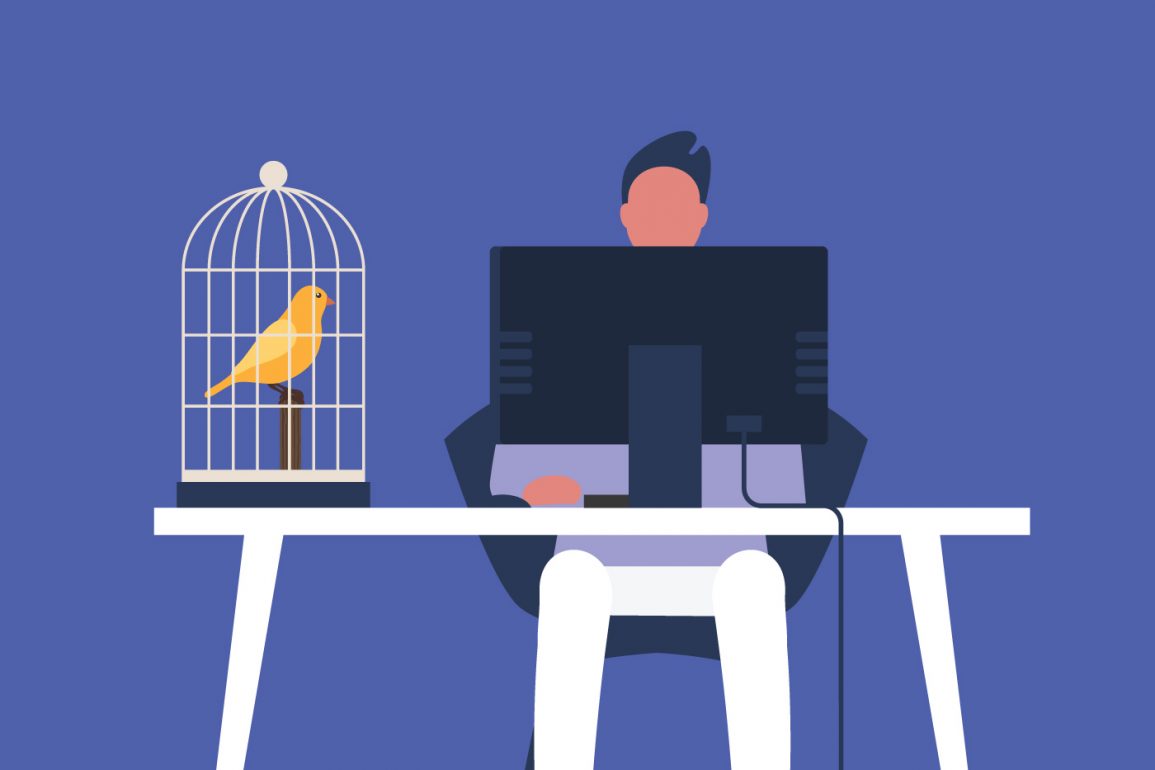 How interactive design is helping people bond with their thermostats

As the elevator slowly rumbles on your way into work in the wee hours of the morning, it can feel like another shift in the mines. Working in a modern office building is far from a coal mine. But what if a centuries old principle developed deep below the earth could help our workplaces among the clouds? A new prototype aimed at increasing workplace safety and energy efficiency is using interactive design to combine technology and nature.

Thousands of feet below the surface in deep caverns dug by miners, a buildup of carbon monoxide is deadly. Renowned for his work in understanding all manner of respiratory illness, Scottish physician John Scott Haldane was the first to suggest coal miners use a sentinel species to stay safe. Being more sensitive to odorless carbon monoxide, the animal becoming ill or dying served as a warning signal to miners that it was time to evacuate. Small canaries carried in cages quickly became the norm in mines across the UK, Canada, and United States.

More humane technology to detect carbon monoxide replaced the birds in the 1980s, but the core concept still has a narrative lesson to teach us. Miners formed an attachment to their birds, treating them as pets, whistling, coaxing and interacting with their fluttery friends throughout the long, dark workday. These birds, a safety tool, had an interactive nature that created emotion around their usage. Interaction that creates a positive emotional attachment engages users, supporting positive behavioral changes. Miners liked the birds, so they used them more often, which kept them safer.

That’s the basis of interactive-design, which aims to shape our behavior by creating interactive feedback. This technique is now started to be fully harnessed in the built world since even minor changes in behavior have the potential to save massive amounts of energy in our buildings.

A study by Imperial College Of London cited by the US Department of Energy found, “Small interventions in office buildings can compel dramatic change in behavior associated with energy use with a minimal set of conditions being met – i.e. by creating a new choice context. Organizations appear to be generally failing to capture the low-hanging fruit of energy savings … The question therein becomes how best to encourage organizations to capture these savings so that they reduce energy use and associated negative externalities such as greenhouse gas emissions.”

The team of engineers and researchers at the Wuppertal Institute for Climate, Environment and Energy in Germany, a leading international think tank for sustainability research, set out to solve a set of problems plaguing modern offices fighting against energy waste. First and foremost: many office workers simply don’t care. Apathy towards energy use you’re not directly paying for is a major problem in practically every office building around the world. The second biggest problem is many improvements to efficiency are too difficult to understand or use. The growing complexity of systems increases the likelihood they’ll be used incorrectly, if at all. So owners and operators look for easy to use solutions, but automated smart metering and smart thermostats present their own problem. While they can be effective, they don’t promote behavioral change. Oftentimes improved efficiency technology has a ‘set it and forget it’ deployment that ends up doing more harm than good.

“When he sits in these offices, the bird somehow has an emotional factor,” Carolin Baedeker said. Baedeker serves as Co-Director of the Wuppertal Institute for Climate, Environment and Energy in Wuppertal, Germany. She was part of the team that researched, developed, and prototyped Piaf. “People thought the bird was nice, they wanted him in more colors. Now we offer six colors.”

Piaf wasn’t the first iteration of the team’s design. Initially the monitoring devices looked similar to a small thermostat. Dubbed the ‘Hanger,’ the small, half circle device had a circle of lights that indicated measurements and prompted action. The technical functions were received positively but it was missing the critical element of human-centered design Baedeker’s team was searching for. It needed a narrative, a story for users to attach to. The device taking the form of a small bird gave it a tangible tale. No longer an anonymous device, Piaf communicates the idea of a smart ventilation assistant in an emotional way that leads to more inecteactions, supporting changes in everyday ventilation practices. The third iteration of the device added more interactive elements, like tapping the bird to confirm, further increasing user interaction.

“We noticed these emotions are very important in the interaction with energy efficiency assistance systems,” Baedeker said. “Behind the bird is a narrative, from former coal mining areas. Of course, the bird is not a canary, but this is the narrative. We don’t tell users the narrative but yet they see it.”

The research shows Piaf’s automation and behavioral-oriented design interventions can save up to 20 percent of energy in office buildings while maintaining or even improving comfort and work productivity. The bird was tested in 34 different offices in Berlin and over two heating periods in 2018 and 2019. Results showed that the users were accepting of the energy efficiency assistance Piaf offered, encouraging them to practice needs-based ventilation. Those behavioral changes not only impacted their office environment, but their home environment as well. Interviews with users after the experiment showed that the best practices they learned from Piaf at the workplace were being used at home and for many those practices continued after Piaf was removed.

“In every office we see three types of users: the people in the office, the facility managers and the support staff. The interaction between those three groups often leads to many communication problems and difficulties,” Baedeker explained. “We know we have energy saving potential. Piaf is a tool to start that interaction and dialogue between these different users. Normally those groups are only really connected through complaints. Piaf and digitization starts a transparent dialogue between the groups.”

Piaf is part of a broader concept known as user-centered building management systems (UC-BMS) that connect all the different stakeholders of an office building; office users, the technical staff, facility managers, building operators and owners. Each is interdependent, with specific building characteristics, indoor climate, individual user behavior, system infrastructure and facility operations all factoring to determine a building’s overall efficiency. For our buildings to meet our ambitious sustainability goals, each stakeholder will need to be on the same page as active stakeholders in improving efficiency.

Piaf isn’t quite ready for the market yet. Additional prototypes are being developed and residential applications are being explored. Still, the device and subsequent study offer valuable lessons for every stakeholder in a modern office. Piaf was effective at encouraging behavioral change. The bird was effective because it engaged users with a meaningful design that elicited positive emotional attachment, no longer tasking users with engaging a nameless, faceless technical device. The data generated by Piaf was as useful as the interaction with users, supporting operations staff to optimize the central system.

Taking a lesson from the coal miners and applying it to the modern office worker may seem like a bit of a stretch. But really it is a lesson in human psychology. We humans have a profound ability to form attachments, to each other, to animals, to things. Engaging users in positive behavioral change is made easier by fostering emotional attachment. Giving a device a recognizable shape and a name changes how we see it. Pop culture is full of loveable robots and adorable devices. We need to change how we see energy efficiency. It starts with changing how we see the devices leading us in the right direction. 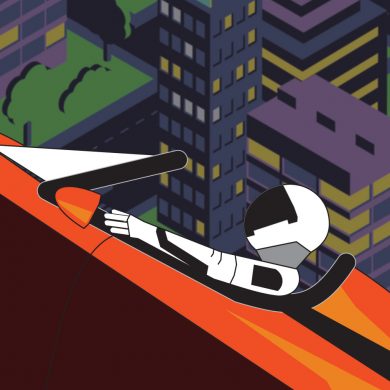