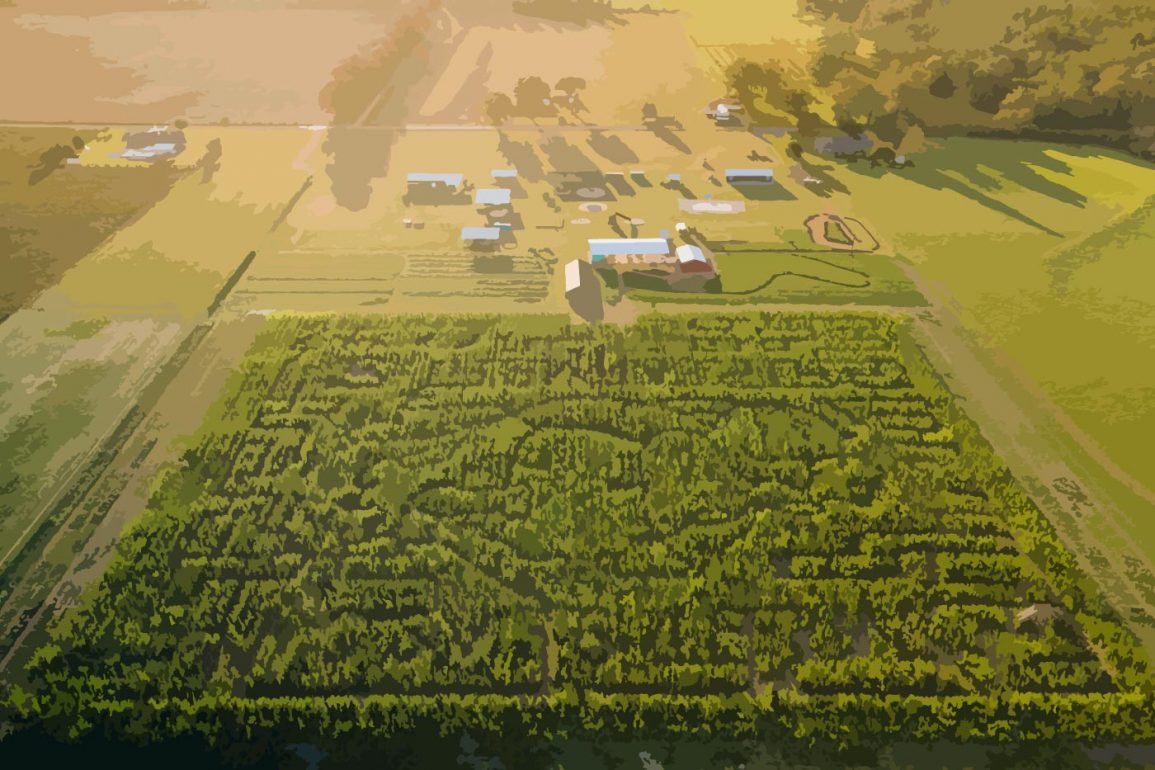 As the leaves turn and the harvesting season comes to a close, farms and ranches are turning towards what is being called ‘agritainment’ as a way to bolster against rough market forces. Urban dwellers eager to experience a little bit of the country life are spending big bucks on hayrides, corn mazes, orchard tours, weddings, and other farm-related activities, providing a crucial lifeline for struggling working families. Locals see agritainment and agritourism as a way to fight back against developers who want a piece of their community.

The economic reality of being a farmer or rancher in America is brutal. Our agriculture systems bear the brunt of practically every market force. Farmers were already facing droughts, hurricanes, and floods threatening crops and livestock, a years-long trade war, and declining prices when a global pandemic hit. Farms have been forced to absorb historic losses, receiving roughly $45 billion worth of federal aid to stay solvent. Much of the aid went to the largest producers, lining the pockets of agri-business while leaving small farms and families wanting. Small farms within reasonable driving distance of major cities are turning to agritainment as a financial lifeline by providing family-oriented attractions.

Barn weddings, pumpkin patches, petting zoos, cooking classes, tours, pick-your-own harvesting, hayrides, and corn mazes are among the most popular forms of agritainment, which peaks in the fall as the weather cools. The holiday season can offer substantial supplemental income for farms and ranches. Nationally more than 50,000 farms with farm receipts of nearly $1 billion reported at least a portion of their income as coming from agritainment, according to Penn State.

Zoning issues are common. Agricultural real estate is loaded with tax credits that can be put at risk if the farm expands outside of that use. Each state and county has varying rules, making assessing the viability of agritainment a hyper-local decision best discussed with a tax assessor. Often the decision comes down to what type of agritainment is being commercialized. Direct sales to consumers like pick-your-own harvesting are easy to combine with any farm. Education, recreation, and vacation-type activities can be trickier. As always, insurance plays a major factor. Typical farm insurance does not cover agritainment, any endeavor needs to carry its own insurance for that type of enterprise.

When done right the result looks like Freddy Hill Farms in Lansdale, Pennsylvania. Developers offered Fred Seipt millions for his struggling farm, he turned them down, investing instead on building two mini-golf courses, a driving range, a pro shop, and batting cages. Freddy’s Family Fun Center supports 180 acres of corn and 20 acres of pumpkins, preserving the farm for Seipt and his extensive family.

“Even if the Fun Center hadn’t rescued the farm,” Seipt told the Philadelphia Inquirer, he would have found some way to hold on to it. “I’m a farmer,” he said. “And I’m stubborn.”

Most Americans have lost connection to the farmland that feeds them. At the turn of the 20th century, more than 80 percent of the U.S. population was involved in farming. Today, less than 2 percent of the American population is involved with agriculture. People want the connection back, and they especially want to share it with children. Kids that grow up in the city think the food appears on shelves. Seeing farming hands-on helps show kids the holistic nature of our food supply, reconnecting them to nature and the countryside. Better still, agritainment and agritourism help keep farming communities local. From coast to coast, rural communities are being bought up by developers, turning hundreds of acres into dozens of homes. More homes lead to more residents, putting pressure on small towns that many are not equipped to deal with.

“Developers were always coming to our door wanting us to sell. We thought this was not fair to the community,” Gary May, farmer and proprietor of May Farms, just south of Byers, Colorado, told the High Plains Journal. “It also would have been foolish to sell to developers to put pressure on a small community to get bigger with a bigger school system and all that. We can’t really sustain the 250 homes a developer wants, but we can sustain agritourism. I had to find a way to separate the real estate from the enterprises. That’s what we did here.”

Agritainment has farmers cultivating experiences, not just crops. The category type isn’t exactly new, European tourists have been stomping grapes for decades, but it’s finally taken off. Italy has an official distinction for working farms that also have accommodations for tourism that is run by the Ministry of Agriculture. They have even gone so far as to rank accommodations by amenities and comfort similar to the start rating for hotels (except they use sunflowers).

Some states in the U.S. are finally catching on, leaning into the rapidly growing trend. Pennsylvania, North Carolina, California, and Hawaii help provide farmers with grants, low-interest loans, websites, and other resources to launch their agritainment business. State agriculture commissions see new business ventures on farms as key to diversifying the inherent risks involved in farming.

Wisconsin Gov. Tony Ever kicked off the state’s Agricultural Tourism Week. “It’s a very very important part of our tourism,” Evers said. “People love to be out on the farm and love to be able to interact with the people that do farm and I just think it’s just going to grow significantly going forward.”

Agritourism revenue grew from $704 million in 2012 to almost $950 million in 2017, excluding wineries, according to the USDA. Since the pandemic began, many agritainment and agritourism businesses have seen their numbers skyrocket. Far away from people with plenty of fresh air and open space, tourists are increasingly choosing to visit nearby rural communities and agritourism businesses, especially given how hard it is to travel via plane or across borders. Numbers aren’t in yet but anecdotal evidence from farmers is piling up.

Ben Boyles, an agent for the Clemson University Cooperative Extension Service who works with area farmers and agritourism businesses in South Carolina told Greenville News that 2020 was one of their best years. Similar stories from other states and even other countries are popping up everywhere. Some farmers are leveraging social media to drive interest in their business. TR Jones has nearly 800,000 followers on Tik Tok, part of a collection of ‘farmtok’ creators taking the app by storm. Videos of horses being reshoed by a farrier get hundreds of thousands of views. There’s a real interest in agriculture that farmers are only just beginning to tap into.

“The two options to us were either get out of the dairy business or do something, make a drastic change to try and stay in,” Jones told CBS 6 News. Business at Jones’ Richlands Dairy and Creamery in Dinwiddie is booming, with some Tik Tok followers traveling eight hours to visit.

Experts say the agritourism and agritainment business is just getting started. Pastoral real estate is proving to have more value than its production. The fact agritourism is booming in the U.S., Europe, China, Australia, and all over the globe shows the trend has real growth potential, appealing to virtually everyone. Overlooked for years, tourists are loving what they find out in the country and are eager to get back, representing an opportunity for one of the most overlooked types of real estate.