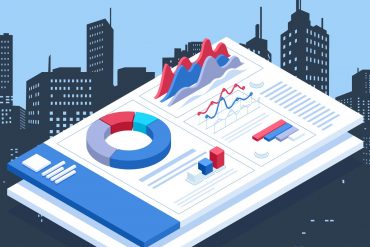 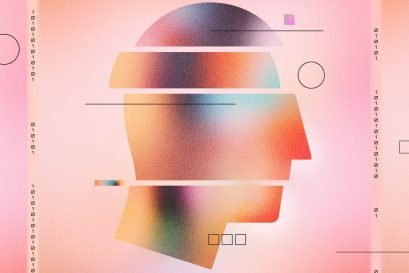 Technology has fully infiltrated the built environment. Between IoT connectivity in buildings, indoor wayfinding, and virtual tours, real estate is no longer the tech-averse sector it once was. Against the backdrop of digitization are new uses for Augmented Reality (AR). The technology has evolved from a marketing gimmick to a solid strategy for asset managers to enhance their built environments.

The premise of AR technology is the real-time integration of digital information to “augment” the user’s physical experience. It’s often confused with Virtual Reality (VR), where the user totally immerses themselves in a manufactured digital world. But AR leverages the existing environment while layering computer-generated displays that embellish the real-world experience. In essence, AR creates an enhanced representation of the real, physical environment by combining numerous aspects such as digital, visual, audio, and other sensory impulses. Taking advantage of AR technology is something that tech-savvy property owners and managers are only just beginning to act upon, thanks to a major product flop that derailed consumer interest in AR technology just a few years ago.

Casualty of the hype machine

Augmented reality piqued consumer interest almost a decade ago with the highly publicized launch of Google Glass, a wearable computer that was meant to resemble a pair of glasses but looked more like the first prototype for LeVar Burton’s iconic Star Trek visor. The hype for Google Glass was intense, with Time Magazine dubbing it as the “Best Invention of the Year,” in 2012.

The pitch for Google Glass was that a $1,500 pair of spectacles infused with AR technology could enhance everyday life beyond comprehension. Not only could Google Glass act like a smartphone with the ability to give and receive phone calls as well as take and send photos and text messages, the device was the first big push to get useful applications for augmented reality to a wider audience. Through the lens, users could receive live directions to their destination as they meandered through city streets. Reminders and calendar alerts would sync to the lens. Translations of foreign texts in the user’s native tongue could be streamed in real time. Users could see their flight information and gate number pop up on the screen as they were navigating an airport.

So why did it flop so spectacularly? Well, it’s because Google Glass’ marketing failed to highlight these experiential features, and focused instead on the novelty. Google Glass was a toy rather than a tool. “Google ruined the AR dream,” wrote William Worrell of CCN. “Augmented reality used to be one of the tech industry’s hottest fads, until Google Glass squashed that dream.” While Emerging technologies must provide demonstrable value to their consumers by solving real problems in an increasingly digital market, and since the aforementioned features were never clearly defined to the consumer (that and the fact that the glasses were flimsy and uncomely), Google Glass’ marketing failed AR’s potential.

Despite its demise, Google showed where AR technology was headed with the launch of Google Glass: that the physical environment could be a canvas for digital innovation. But, when the product flopped, it severely damaged AR’s reputation as the next “big “ technology. Thanks to Google Glass, integrated AR into the physical world went from life-changing tech to a fringe novelty, at least for the time being.

Digital infrastructure for the built world

Google Glass had misfired so badly that not only did the product fall into obscurity, so did the hype around AR for some years. “There’s still a stigma associated with AR that it’s a bit of a gimmick,” Mike Roberts, General Manager of Digital Engineering and Technology at John Holland Group a major construction, told me. “But there’s a push to adopt technology in this sector, so I do think that AR is going to be the new norm in the next five to ten years.”

Since AR allows users to perceive data overlaying their natural environment, it’s becoming a huge tool for real estate brokers as they encourage prospective buyers to envision a building’s potential, which means that deals can be closed even sooner. “From a property owner’s perspective,” Roberts added, “you can have prospective buyers and tenants turn up to the site and use AR to provide an augmented site tour so they can better understand the potential of the space.” In the age of AR, staging a property could be a breeze since spiffy furniture would no longer need to be hauled back and forth in order to see potential layout options.

On the developer side, before construction even begins, developers can use AR to better visualize what the property will eventually look like, narrowing the margin of error should any building adjustments need to be made. According to Roberts, developers can scan a blueprint of the building and AR technology will render 3D holograms of the building that developers can manipulate to get a clearer understanding of how the building will function. AR is also particularly useful during the construction process and site safety. Roberts believes that the typical pair of safety goggles that construction workers wear will be interlaced with AR technology within the next few years. “Theoretically, you might have visibility of your health statistics like your heart rate, view building design, and get notifications around work orders,” said Roberts. “There’s a whole swath of opportunities through AR solutions.”

Of course, AR’s potential is not limited to property showings and stages of development. AR changes what buildings can do for us and what we can do for them. One company that’s creating a symbiotic relationship between physical and digital ecosystems is Resonai, a location-based augmented reality platform that allows landlords, retailers, and others who manage physical venues to interweave AR technology into their spaces. But if you ask Jeremy Bergstein, VP and Global Head of Experience, Resonai is “where the digital twin stops and AR begins.” Their technology creates a digital twin of a given building and embeds it with AI and real-time data, creating environments where people and devices operate seamlessly. “We’re creating these ecosystems, which are spatially accurate and positionally correct, inside these built environments for the asset owners to control,” said Bergstein.

There are tons more potential uses for AR. We could start to see buildings use it to allow building managers to easily access information and building’s smart devices or even provide vendors and contractors an easy way to be brought up to speed on a job site. Buildings might also one day come with a digital concierge, one that occupants and visitors could help make their experience on the property more efficient and enjoyable. Imagine being able to be shown where your next meeting is or have a coffee machine explained to you by a digital assistant.

Artificial reality has tons of practical applications in our buildings, but its biggest challenge is shedding its reputation as a tech gimmick thanks to products like Google Glass. “Consumers are still wrapping their heads around digital augmentation, so the education of AR technology to the customer, and how it applies to commercial real estate, is the most important thing we can do right now,” concluded Bersgtein. By reframing the collective understanding of what AR is and the value it can add to the real estate sector we will hopefully start to see more new technology companies that will harness this powerful technology