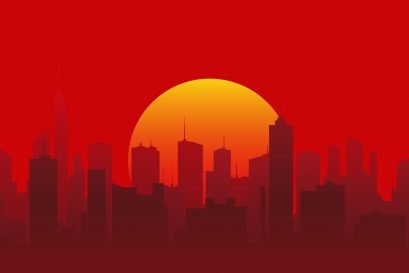 Neon hats, Nike sneakers, non-ironic Starter jackets. When I look at today’s fashion I can’t help but get a bit nostalgic. It seems like enough time has elapsed since the nineties that we can now start to consider it cool again. But isn’t just popular culture that seems to be reliving the decade that gave us the internet, the European Union, and Steve Urkel; there are a lot of parallels to our current economic situation as well.

Back then interest rates were much higher than they are now, on January 1st 1990 the federal interest rate was at 8 percent. Rates were set so high because of the rampant inflation that was caused by artificially low rates set by the Nixon administration in the 70’s. Higher rates had helped slow inflation from the double digits that was common in the 80s but it was not enough to bring it down to the Fed’s 3 percent target, by the end of 1990 the annual average inflation was around 5.4 percent. Despite the Fed’s aggressive maneuvers inflation stayed high, thanks in part to the almost doubling of gas prices. (Is this starting to sound familiar?)

When it comes to real estate, the big difference between then and now was the institutions that were lending money for mortgages. Back then, there were organizations called savings and loan banks, or Thrifts. They started as alternative funding sources for mortgages but grew to the point of rivaling commercial banks for mortgage lending. In 1980 there were more than 4,000 savings and loan institutions with combined assets of $600 billion, of which $480 billion were mortgage loans, many of them made at low interest rates fixed in an earlier era.

On March 31, 1980 President Jimmy Carter signed the Depository Institutions Deregulation and Monetary Control Act that gave thrifts many of the capabilities of commercial banks without the same regulations as banks, and without explicit FDIC oversight. This led to an explosion of lending by thrifts who leveraged themselves further and further to compete for investment capital. Eventually thrifts accounted for 50 percent of the entire U.S. lending market.

As you might already know, the savings and loan industry eventually collapsed. As interest rates rose they were forced to offer higher returns but they were locked into 30 year loans at lower interest rates. They found themselves with portfolios of mortgages that no one wanted to buy on houses that were now going down in value.

There was an agency set up to prevent the failure of what had then become a major part of our financial industrial complex, the Federal Savings & Loan Insurance Corporation or FSLIC. But the reserves for failures only amounted to around $6 billion, whereas the cost of paying off insured depositors in failed institutions would have been around $25 billion. Without enough aid to bail out these institutions many of them were left to exist despite their insolvency. The hope was that these “zombie banks” would eventually see their portfolio’s bounce back but what it actually did was create a situation where they were lending on even riskier terms.

The savings and loans collapse eventually came to an end thanks to federal stimulus and new oversight. But before it did, it erased a lot of money for the investors, many of which were just members of the bank. What is happening today is admittedly much different than the savings and loan crisis but the same forces that led to the collapse of these lending institutions are currently at work.

As I wrote about last week, much of the lending for commercial real estate loans is now done by private debt funds, which also have little oversight compared to banks. They are also finding their previous loans devalued thanks to rising rates. I don’t think that large scale insolvency is inevitable but if interest rates keep climbing we might all want to keep an eye on unregulated lending institutions lest we relive more than just the fashion of the 90s.

The long view of rates

The real estate industry is clamoring to understand what the next generation of office workers wants to see in their work environment. To find out, Propmodo interviewed Harry Koeppel who is currently studying at NYU’s Schack Institute for Real Estate. We wanted to talk to Harry, not just because he represents the newest entrants into the workforce, but because he just won his class’s final project, a real-world case study done in collaboration with the consulting firm Ernst & Young.

The return to the office might be happening slowly but it turns out that one of our favorite parts of the office day, afterwork drinks, are already back in many places. (New York Times)

In a rare rebuttal to the switch to hybrid work, there are some folks that are dissatisfied with the lack of flexibility provided by a “3-2” hybrid work week. (Fast Company)

Despite all of the technology available for buildings to reduce their carbon footprint, a dismal few have actually made the effort. What needs to be done to incentivize more sustainable investments? (The Economist)