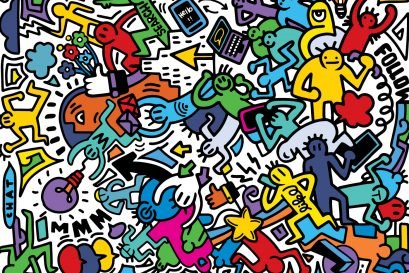 Using alternative data to understand where the office market is headed

The pandemic has caused a supply shortage for so many things. Pasta, hand sanitizer, and toilet paper are a few that come to mind. But one category not in short supply during these last seven months was opinions about the future of the office. It seems everyone has a position on how offices will look and where they will be located.

What will happen to demand for offices? For the real estate industry, this is a $2.5 trillion dollar question. So important is the answer that those who have to make decisions on it need more than just opinions, they need data.

Unfortunately, traditional data points like comparable sales and leases are a scarce resource as well. “We have 106,000 leases on our platform for Los Angeles but we have seen only 237 office deals since the pandemic started,” said Michael Mandel, founder of Compstak, a technology company that crowdsources lease transactions information from brokers and landlords. He explained that even in normal circumstances it is hard to extrapolate trends based on transaction data with any statistical significance. Now it has become impossible.

So in an absence of usable data, how can real estate professionals understand what is happening to office demand? Mandel said, “An interesting thing to look at is deals that were in the works before the COVID outbreak and how they have been renegotiated now.” It isn’t only the lease price that tells the story. Free-rent, lease extensions and tenant improvement allowances have also been revisited in light of the new world we find ourselves in now.

Mandel told me that many of his company’s large clients are waiting for more clarity about the future before making any decisions. “Even looking at the sublease market right now doesn’t tell the whole story because many people who are thinking about subleasing space are waiting. What is on the market now is not what I expect to see on the market in a few months,” he said.

One strategy that Mandel has seen being deployed to understand what the future might hold is analyzing lease expirations. “If you look at how many leases are going to expire and estimate that a certain number of them will not renew, you can start to get an idea of what the supply will look like when things unfreeze,” Mandel explained. Sophisticated analysts are looking at these leases by industry since some of them, like travel and oil and gas, have been much more impacted by the pandemic and the lockdown measures that followed.

One opinion that is backed by significant evidence is that downtown financial districts in cities like San Francisco and New York City have not yet seen a resurgence in activity. This, along with data showing a spike in suburban residential real estate, has led to a plethora of opinions about the death of the downtown office. Just looking at the data about the people leaving the city does not tell the whole story, warns Thomas Walle. He is the founder of Unacast, a location intelligence platform that uses mobile data to track population movement. “When you look at people moving out of a city, you have to factor in whether or not they moved to a suburb or another area entirely,” Walle said.

Walle explained that his clients have been using migration data to track relocation patterns, to give some context to where the urban exodus has led—and if the migration is permanent or temporary. “For the people that have moved from central business districts to adjacent suburbs, we could expect them to continue to use downtown offices at least part time. For those that have moved further away, those could easily be gone forever,” Walle said. It is reasonable to assume that people who have moved away from metro areas altogether plan on working remotely rather than a hybrid strategy and therefore might not be one of the many that will no longer need an office, be it urban or suburban, going forward.

“Over the past few months we’ve spoken to hundreds of real estate operators and tech firms about the future of the office post-COVID, and we’ve found a surprising amount of optimism,” said David Hirschman, Chief Content Officer at Blueprint, a real estate tech platform. “Things are tough for the moment, but as more spaces integrate tenant experience tools (like Openpath, Switchlane, and Latch), as well as property management skillsets around remote monitoring and hygiene (like BuildingOS, Sensorfi and Spacewell), it feels like many major employers are likely to keep a lot of their current space, even if the way that they ultimately use it evolves.”

While foot traffic and migration data can help tell the story, there is still plenty of nuance that needs to be understood. Even the term suburb can be a bit too general to be useful. People moving to suburbs around transit or motorways would likely have more use for a downtown office than those that have moved further away. For real estate teams looking for opportunities or corporations considering a new “hub and spoke” office strategy, it is important to consider the nuances of each suburb to figure out which will be the beneficiary of current relocation trends.

There also seems to be a discrepancy amongst age groups. “In New York City, we have seen more activity in areas like Chelsea and Hell’s Kitchen than in Midtown or Downtown. This could be due to the fact that areas like Midtown have much older residents and workers than others, on average, that might be more nervous about coming back to the office,” said Walle. Older populations often have children to consider which could make them seek the space and tranquility of a suburb over younger demographics.

It isn’t just the neighborhoods and the people living in them that can be nuanced. “Right now I think a lot of analysis is less about neighborhoods and more about individual buildings,” Mandel said. He thinks we will see a disparity in demand for buildings depending on how they are laid out. “Class A highrise buildings might not do as well as those that are not as dependant on elevators; we might see more demand for offices that can be accessed by stairwells or that have windows that open, something that was traditionally thought to be less desirable,” he said.

For as many opinions there are about the future of the office, there are certainly more unanswered questions. With the future as uncertain as it is today, these questions might take a while to be answered definitively. In the meantime, the real estate industry is going to have to use alternative data, advanced analysis and good old intuition to help make sense out of the complicated situation facing our lives and our offices.

Michael Mandel, Thomas Walle, and David Hirschman will be speaking at the Blueprint conference coming in October 2021. Check out their website for more details and sign up for their newsletter for more thought leadership articles about the future of real estate.

Blueprint will also host a webinar on “The Future of Rentership” on November 19th at 4pm. Panelists from Till, Metaprop, and ACRE will discuss how tech is transforming the rental experience. Click here to register.