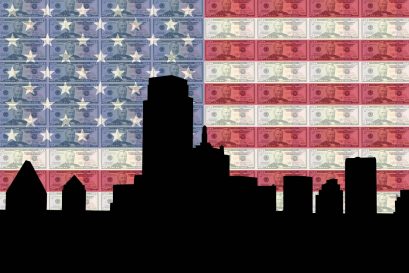 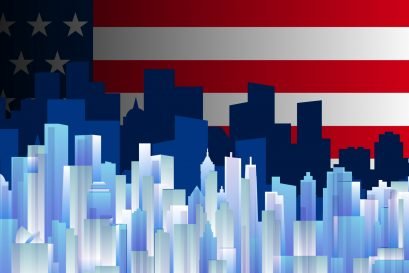 We all have a certain prototype in mind when it comes to the kind of person that founded an American city. To start with, they are almost always old, white men. But besides their lack of diversity we also assume that they share a personality type. The kind of person that develops where no one has built before, is usually driven, determined, and demanding. The traditional titans of industry that build cities like Detroit (Ford) and Pittsburgh (Carnegie) and Rochester (Eastman) all had a cut-throat focus on the task at hand.

But one of America’s newest major metros, San Diego, wasn’t started by this kind of person at all. Instead it was started by a kind-hearted optimist searching for a healthy place to call his own. Alonzo Horton was his name. Born in 1813, from a very young age he had an entrepreneurial spirit and strong moral compass. Legend has it that at the age of eight he sold a man a pig for a dollar. When the man mistakenly paid him two dollars Alonzo informed him of his mistake and gave it back. This good deed would later be a key to his later success. He randomly met the man he sold the pig to later in life, after he moved to Wisconsin to find better air to help his persistent cough. The man sung Horton’s praises, telling the small town, “I would trust him with everything I have in the world,” and thus helping him build his new ranching business.

Alonzo eventually ended up in California in the search for gold. Rather than finding riches in a mine Horton was able to establish a lucrative gold trading business. When that slowed down he started a successful ice business, bringing it down from the mountain slopes for use in the growing mining towns. Eventually he became a furniture merchant in San Francisco until one day he heard a report of a small settlement far to the south that had agreeable weather, a fine natural harbor, and some of the “healthiest” air in the country. In the course of the next three days he sold all of his merchandise and moved everything he owned to his new home.

To say that Horton founded San Diego would be a complete falsism. The area was home to a number of large native American tribes, the largest of which was the Kumeyaay, for millennia. These Indians lived near the basin of one of the only rivers in the dry coastal area. When Spanish missionaries finally arrived they set up their settlement close to the Indians, both to give them a better chance of survival and to make it easier for them to convert the natives (and convince them to help them build their mission). This became the center of the new town on the western edge of the known world.

What Horton did was speculate that the area outside of town along the bayside would eventually become the most desirable area. He was not even the first to do this. Another man named William Heath Davis had bought up a large waterside plot and tried to develop it into a proper shipping harbor. But ultimately the lack of fresh water and opposition from Old Town locals doomed the enterprise.

This didn’t deter Horton. He bought up the lot next to the area that was known as Davis’ Folley and immediately started lobbying for the city’s growth. He paid for the city’s first election, started the Chamber of Commerce, constructed a pier, and developed a large harbourfront area. Being a savvy developer he even lobbied the city to carve the area up into short blocks, thereby increasing the number of corner buildings and increasing the value of his property.

He compensated his workers with land, making many of them wealthy beyond their wildest dreams. But fortune was not always on Horton’s side. Congress had earmarked aid money to connect the Texas Pacific Railroad to the growing port city of San Diego. When those plans got scrapped the city’s development froze and the value of the land plummeted. Rather than letting the employees that now owned property be hurt by this setback he offered to buy out any of their contracts for what they paid, a move that came at a great loss for him personally.

The rail line did eventually get built but Horton never saw it. When he died in 1909 he had lost much of his former wealth. But even though he may not be remembered for his fortune, like other city builders, his disposition helped cement his legacy. By all accounts he was a good man and a good person to be around. One of his most famous quotes is “My principle is to be as happy as I can every day, to try and make everyone else as happy as I can, and to try to make no one unhappy.” When he arrived in San Diego he found a lot of supporters of the Confederacy. He worked tirelessly to support the Union’s anti-slavery stance, even growing a beard to match one of his heros, Honest Abe.

Alonzo Horton might not have had the same business savvy as the other city builders of the era. He will not be remembered for his wealth. But what he will be remembered for might be even more important. He will always be known as the man who helped put America’s Finest City on the map. And he will always be known as someone that helped out his fellow man, even if it came as a personal loss. While being known as one of the richest people of an era is certainly noteworthy, maybe it is even better to be known as one of nicest instead.