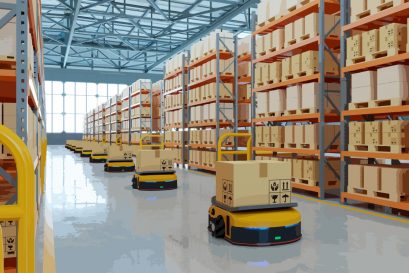 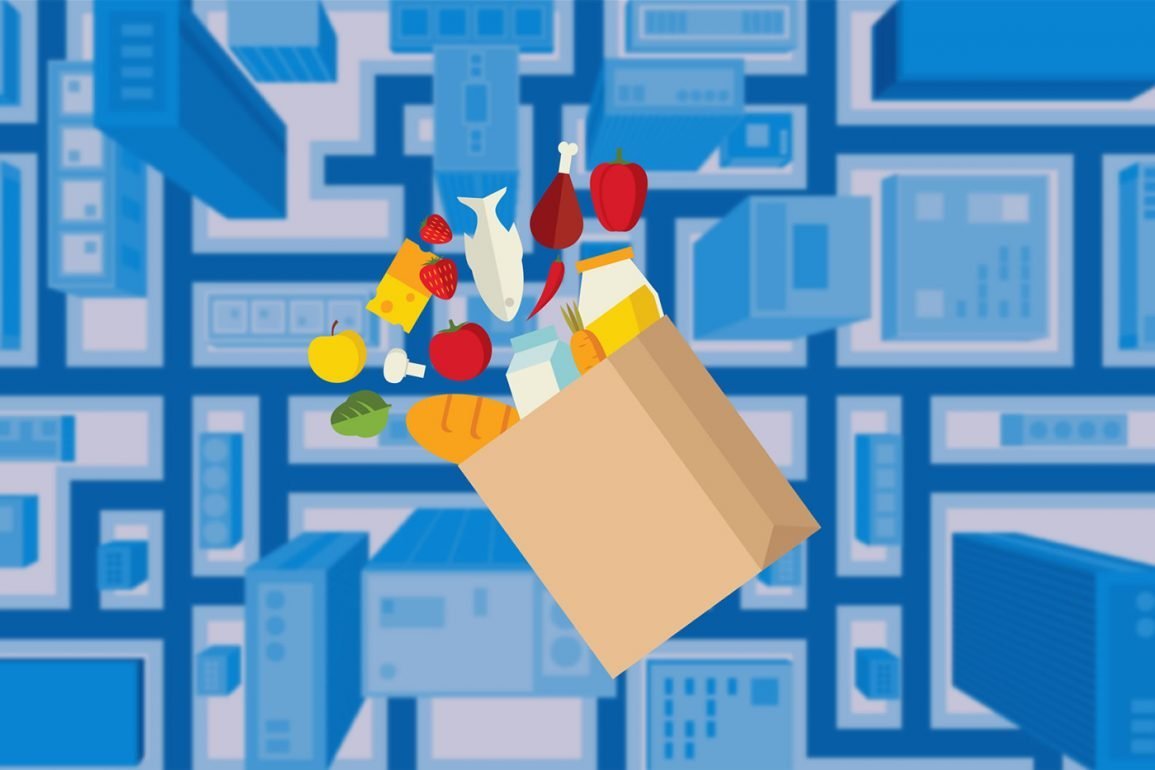 When Amazon bought Whole Foods in 2017 it was pretty obvious that they not only wanted a position in the grocery industry, they wanted real estate from which to ship it. Groceries, unlike most manufactured goods that Amazon sells, are needed very shortly after they are purchased in order to give value to the most users. That means that Amazon can’t just ship from their traditional, giant warehouses that normally sit outside of cities, they have to move in a lot closer to where their customers live.

Buying Whole Foods was a masterful way for Amazon to fast-track the process. Whole Foods has been known to be very savvy when it comes to their location analytics, often choosing places that have the highest potential for gentrification. There seems to be a force multiplication effect of this strategy as a new Whole Foods location has been seen as a sign of gentrification (so much so that it was even fodder for this South Park episode about the ridiculous changes that the introduction of the high-end health food chain has on a sleepy mountain town).

Just before the Amazon acquisition was announced we published a really thoughtful piece about using data for CRE investments written by Steve Bazant of Webster Pacific LLC. To this day I think it is one of the more thorough and useful articles I have ever read about what goes into the research process of making a large real estate investment, I highly recommend you pause for a second to check it out.

In the article, Steve talks about how they use “unstructured data” like distance from a Whole Foods to help quantify metrics that might not be apparent in the normal set of property information. He wrote it much better than I could so I will just quote the article directly:

One example of unstructured data that we have quantified is the distance from any location to a Whole Foods. There are two valuable insights with regards to the value of your property when considering Whole Foods. First, as you would assume, tenants appreciate the proximity of a grocery store, particularly a luxury one, even if they choose not to shop there. Food deserts are a serious concern for residents of some neighborhoods, so understanding proximity to quality groceries is valuable. Second, Whole Foods has an impact on neighborhood property value. Due to the nature of the size and target market of their corporation, Whole Foods spends millions annually on placing stores in high income or growing neighborhoods. Therefore, they have developed a reputation of increasing property values in neighborhoods just by entering the market.

The following map displays the drive time to a Whole Foods in the San Francisco market. For anyone who has local knowledge, they will recognize that every wealthy neighborhood of San Francisco is within a 6-minute drive of a Whole Foods. However, one can gain insight into neighborhoods like East Mission, which has coverage but has yet to gentrify. Purchasing real estate on Mission Street would be an intelligent investment when considering this movement of gentrification. 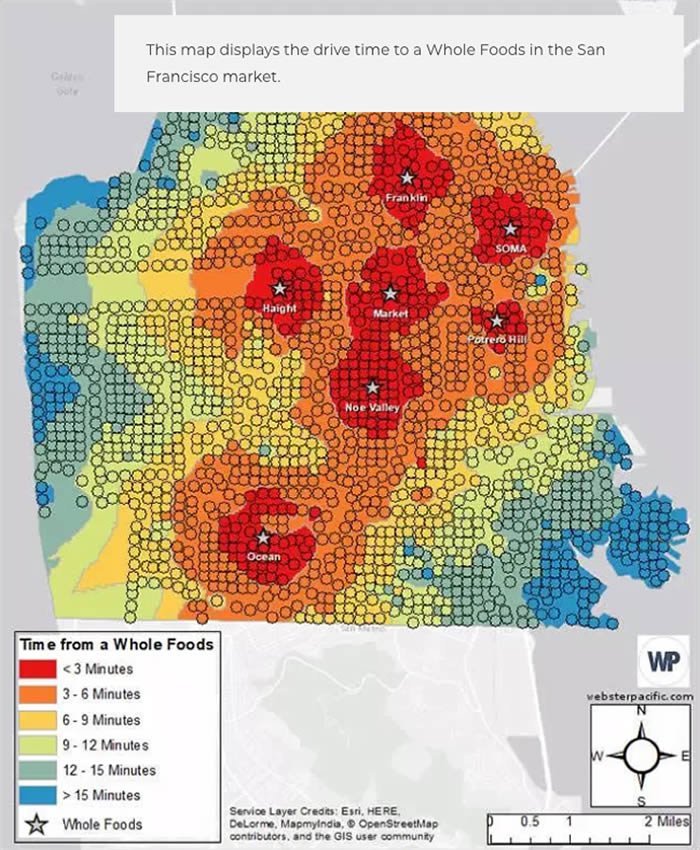 Now it is starting to look like the existing Whole Food locations are just the start of Amazon’s end game. Earlier this week it was reported in the WSJ that Amazon plans to open many more Whole Foods locations across the U.S., particularly in new areas that weren’t previously covered in the two-hour delivery circles. Now that many of these locations are being chosen based on their ability to shift to large amounts of people rather than be in the best places for store visitors the real estate industry will have to think extra hard about the benefits of being next to a Whole Foods.

While buying a property right next to a Whole Foods Market might not be as easy of an investment thesis it might turn out that the entire two-hour delivery area could see a boost from a new store. The value could also be unevenly distributed as well. Properties that were in a “food desert” will now have an easy grocery option making them more attractive to a larger audience, that is provided that the audience has an Amazon Prime membership.