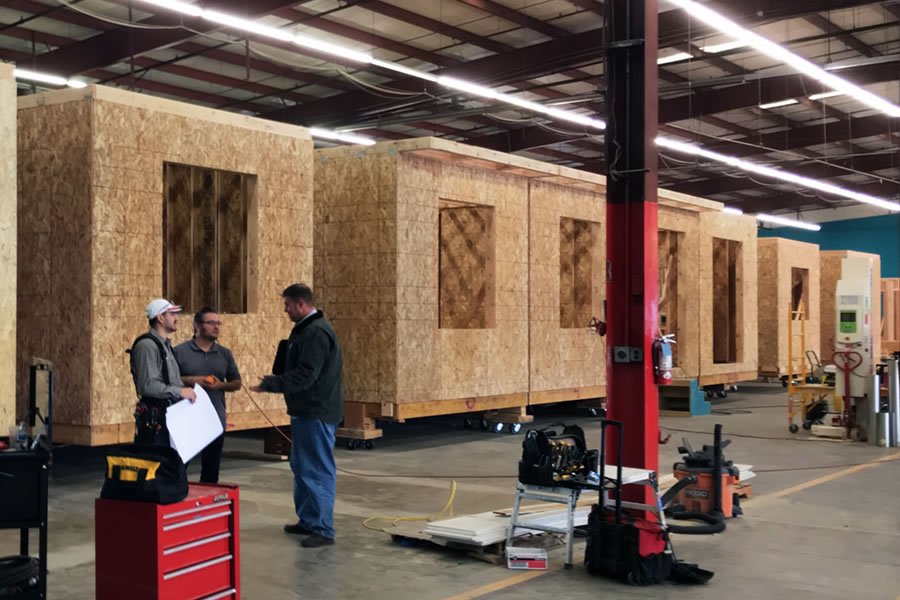 Amazon has been racing to integrate its Alexa devices into just about anything that they can. Last week they announced that they would be releasing eight new devices including a microwave and an amplifier. This vertical integration is an obvious move to increase the speed of adoption of voice control at home, something that Amazon is keen to do seeing that they are the leader in the industry and are happy to usher in a “post-cell phone” era, a device that they have no market share in.

Well, it seems that they are interested in integrating even further up the value chain in-home devices, to the creation of the home itself. Yesterday they invested in a modular construction company called Plant Prefab. This move has a lot of upside for the internet giant. First, it will give them a testing ground to be able to embed Alexa devices into the home itself, giving their technology more control over the home and cementing it as the operating system for these units for years or even decades to come. It also gives them the ability to lend their logistical infrastructure to a growing and valuable market, housing. As the country deals with housing shortages many are looking for ways to create more units cheaper. This points to a bright future for modular construction, especially the type that Plant Prefab makes that can be stacked into multiple stories for higher density living.

The prefab industry is not without its competitors. Katerra has been one of the lucky recipients of one of SoftBank’s huge investments with their last $865 million dollar round. But even with that sized war chest Katerra is finding the task of automating the construction process hard, even in the sterile confines of a manufacturing warehouse. They are reported to have been plagued by delays recently.

This could be an opening for Amazon which has even more resources and the ability to ship even the largest loads more efficiently than almost anyone else. One of the most telling quotes from Amazon’s founder Jeff Bezos is: “Your margin is my opportunity.” He has been able to build an investment darling that routinely doesn’t turn much of a profit. His thought is likely that it is better to put that money to work growing the company, something that investors should be worried about anyways.

Amazon is one of the only companies in the world that has the resources to both change the way we build our houses and do it at a margin that would suck all of the air out of the industry, effectively strangling competitors. While construction is a fractured industry and doesn’t give as much power to the largest companies as the internet landscape does this is still an important development that might be one of the next big steps in Amazon’s growth plans.