How to Build a Workplace Tech Strategy That Lasts 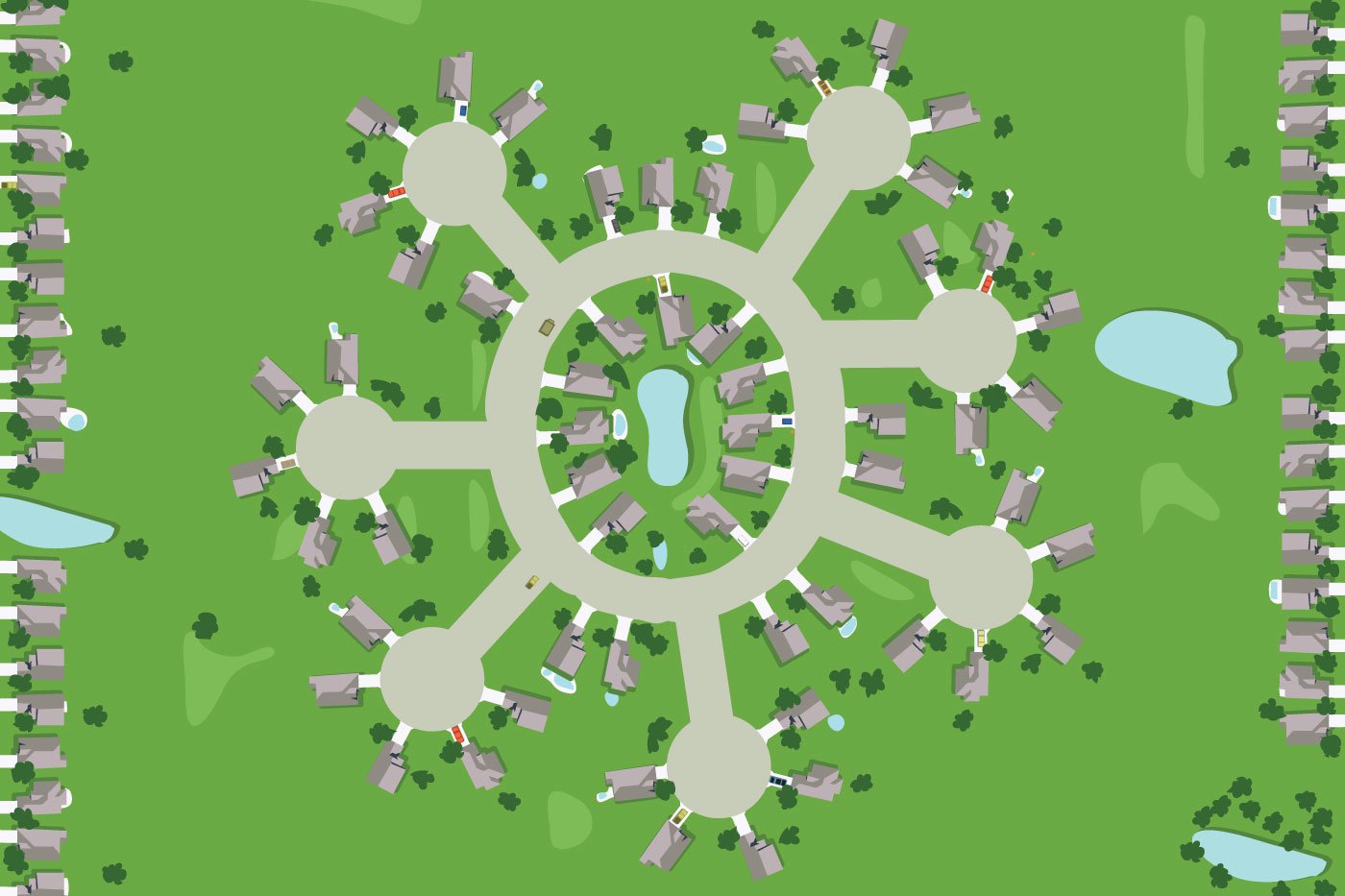 Right now, the same question is being asked by millions of people across the world: “How am I going to be able to afford to pay rent?” Many of those posing this unfortunate query are doing so because of the pressure being put on their savings from this so-called novel coronavirus. Stores have closed, populations have been forced to stay at home and commerce seems to have reduced to a trickle. But this question, this most consuming of thoughts, has been on many renters’ minds long before this terrible disease threatened our health and livelihoods.

Rent expenses as compared to household income have been on the rise for decades, especially in the large urban centers that have been the drivers of the economy during the same period. This has caused many to struggle to afford even the most modest of dwellings and has prompted mass migration to more inexpensive areas, of cities, of states and of the country. Making sure that there is investment in inexpensive housing has been a governmental priority for decades. The current Low Income Tax Credit program was signed into law by President Reagan in his second round of his famous tax bills. The worry was that a set of tax code changes, like increasing a building’s depreciable life from 19 years to 31.5 and excluding real estate ownership from incurring active investment losses, would slow investment in low income housing at a time when homelessness was spiking even while poverty had been going down for decades. Even back then it was assumed that wealth might not trickle down perfectly.

The tax credit, often referred to as Section 42 credits, are allocated to a specific project based on the cost of acquisition and rehabilitation or new construction. This is a federal program that grants a nine percent tax credit that is determined by each state’s housing finance agency, and generally makes up about 60 to 70 percent of total development costs. These credits are awarded in exchange for restricting rents (for at least 30 years, usually longer) and are transferable, so they are generally sold to an investor for equity into the deal. The resulting equity allows the team putting together the project to take out a lower mortgage so that the deal is able to be underwritten with the restricted rents. There is a companion federal program that works similarly but provides a four percent tax offset rather than nine. The lowered tax credits typically provide about 20 to 30 percent of total development costs, and these are required to be paired with a tax exempt bond.  Some states also have their own tax credit programs that can be paired with the federal credit to provide additional equity into deals that may not work with the federal credit alone.

The federal Low Income Housing Tax Credit (or LIHTC) is part of the lifeblood of the affordable housing industry, and encourages banks to invest in an asset class that they would not otherwise. But it isn’t the only regulation affecting the bank’s desire for the affordable housing asset class. Allen Feliz, industry principal of affordable and public housing at MRI Software, explained this to me, “Among the main players in the affordable housing ecosystem are banks that are motivated by the Community Reinvestment Act.” This bill, signed by President Carter but expanded by the first President Bush after the savings and loan crisis, oversees banks to make sure they are lending fairly and helping residents in the community that need it most. A bank’s performance can weigh in on a regulatory body’s decision to grant new branches or approve M&A deals, so most big retail banks have an active affordable housing program.

But, even with added incentives that governmental bodies put on making affordable units, the sector is still at the whim of market forces. And, like almost every other market in the world right now, these forces have completely changed in just the past few months. As the economic consequences of COVID-19 continue to play out, what will the effects be on the ability of millions of American’s who are already barely able to afford housing? The answer is a complicated interplay between supply and demand, for low income housing, for tax credits, and for investment dollars.

There are a lot of unknowns about the recovery after the country opens for business again, but one thing that is known is that a lot more people will be struggling financially. There was already a worrisome number of people without savings in the U.S. Now many of them will need to find more economic accommodations. This will be hard in many cities and states. California, which leads the nation in the number of renters that are cost-burdened by housing (meaning they spend over 40% of their after-tax income on it) needs millions of new affordable dwellings to meet the current demand. But currently, only around 80,000 are built each year.

The supply side of the affordable housing equation is a bit more nuanced. Investors might shy away from lower-income renters, thinking that they might be riskier in these uncertain times. This might be misguided. I spoke with Beth Mullen, Partner at advisory firm CohnReznick and National Director of the Affordable Housing Industry Group. She told me, “Those properties have approximately a three percent vacancy rate, many of which are receiving housing subsidies from the federal government.” She thinks that investors will still be interested in the asset class, even if some of these renters do have trouble paying rent. “The affordable housing asset class has performed remarkably well over time. At this point it is not such a well-kept secret,” Mullen said.

The affordable housing asset class has performed remarkably well over time. At this point it is not such a well-kept secret.

The reliance of many developers on these tax credits also creates a possible supply constraint. Budget deficits from loss of tax income during this recession could dry up some of the state sponsored credits. States like California already have predicted a reduction in spending and New York City Mayor Bill DeBlasio has already announced a scale back of his signature housing plan. Plus, there might be less of a need for tax credits in general, as many property companies and developers prepare for below average returns this year. One of the beauties of making these tax credits exchangeable is that it creates a market for them. The liquidity that comes with being able to sell them opens up a bigger market and makes them a more valuable asset. But markets cut both ways. As tax bills go down so too does the need for a tax credit. Burbank Housing CEO Larry Florin recently observed about a 10 percent drop in the market for low income housing tax credits.

In the long run, this crisis might steer the investment community into more social impact investing. This trend has been growing for some time as more money is being designated for so-called ESG (environmental, social, and corporate governance) investments. In 2018 Boston Properties created a green bond to raise money for some of their sustainable office buildings, including the Salesforce Tower in San Francisco. They opened the bond with a higher yield than average, thinking that there might be limited interest. The opposite was true. They found that so much money had been earmarked for ESG investments, with so few options, that they were able to match their price to the market rate and easily fill their fund. Mullen says she has already seen so much more interest in social impact investing and expects that to bleed into affordable housing as well. “Musicians and sport figures and tech giants are making huge investments in their community. We see it becoming fashionable to give back, so why shouldn’t that include housing as well?” she said.

As important as it is to understand (and possibly rethink) the future of affordable housing, it is also paramount to keep in mind that “affordable housing” is only a small part of what keeps housing affordable. This term has been designated for buildings that service people with lower than 60percent of the medium area income. These subsidized dwellings provide a safety net for the most vulnerable members of our communities, and that can not be overlooked. But these units only represent a small fraction of the entire housing stock—and always will. To understand the full scope of the housing problem, and hopefully find a way to fix it, you have to zoom further out. There is a category of housing that serves a market that is slightly above what can be considered low income. This is often called “workforce housing” and has become increasingly scarce, and therefore expensive, since the last recession. It is also the housing type that has gotten hit hardest by the pandemic as many industries that constitute the “workforce” like retail, hospitality, and manufacturing have been forced to stay home.

This is what is called “the missing middle.” Most new construction money in the past decade has gone towards the luxury end of the market. It is more prestigious and, when times are good, more lucrative. But there are some that see value in this missing middle component of our national housing landscape. I spoke with Chris Potterpin, vice president at PK Companies. He thinks that while the tax credits do a lot of good to bring investment in, they are often too scarce and create too restrictive a process for their liking. “The numbers don’t add up,” he said, “the hoops you have to jump through are not worth the credit at times.”

Without help from government incentives, it can be hard to find funding with terms that make sense for ground up construction. So, Chris has partnered with Richard Rubin, CEO of Repvblik LLC, who has experience helping transform office towers in his native Johannesburg, South Africa into affordable housing after a general flight of industry from the downtown area left them sitting empty for years. He is now applying this technique, called adaptive reuse, here in the states. “Turning a building into workforce housing takes a very particular set of skills that most large property companies or REITs don’t have,” he said. Even before the pandemic there were plenty of empty or underutilized buildings that would make good candidates for this type of transformation. Now, he thinks we will only see more opportunities, especially when it comes to hotels and offices. “There could be a hundred more developers like us, and there would still be plenty of opportunities in this space,” he said.

Finding loans for workforce focused adaptive reuse projects is still tricky, but Chris and Rubin said that it has gotten easier working with regional banks now that they have a proven track record. Eventually, they hope that owners of buildings that are struggling to stay leased out will partner with them, bringing down the cost of the project significantly by providing the space to adapt. If banks continue to pursue community development goals and investors increasingly embrace companies that have a triple bottom line approach (that is people, profit, and planet for those of you that are counting), then these types of innovative projects will likely get easier to develop.