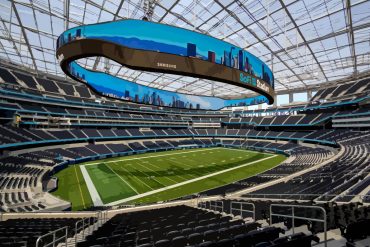 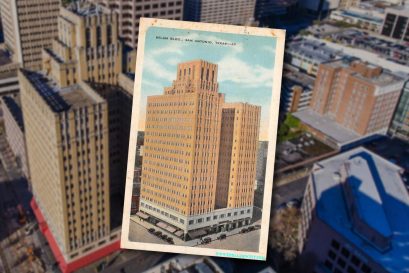 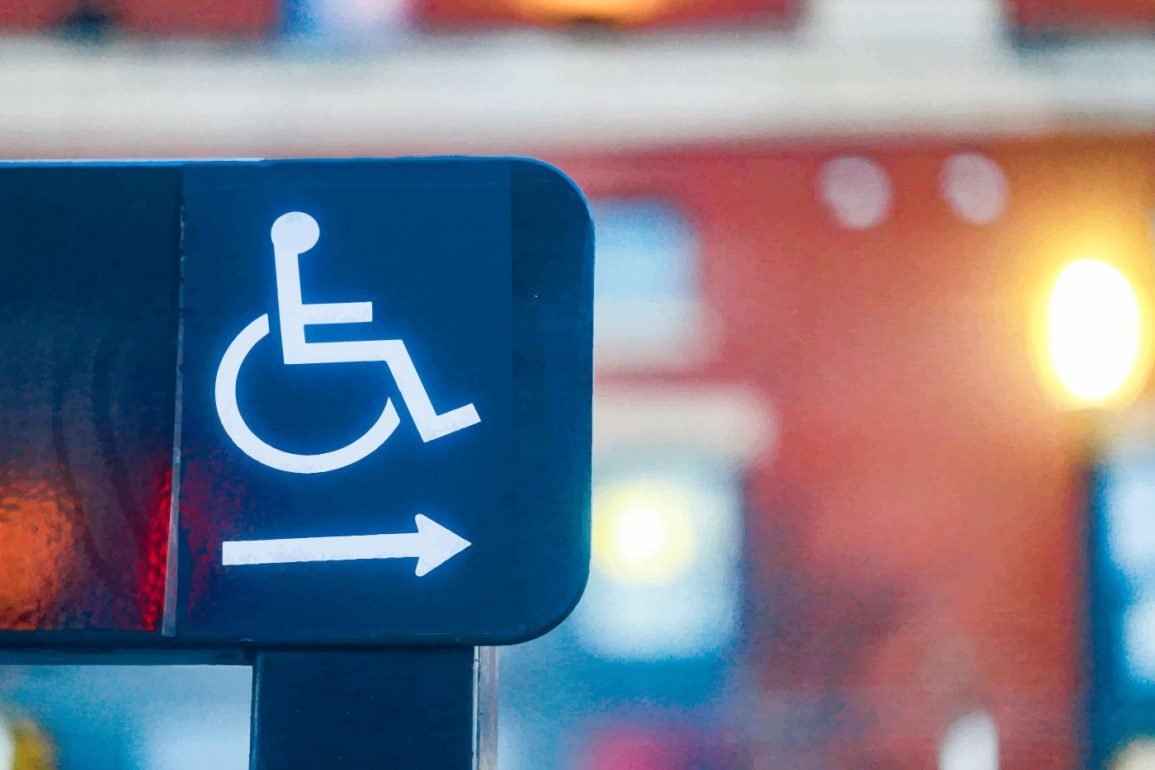 Virtually no one argues against the importance of the Americans with Disabilities Act (ADA), the landmark civil rights law passed in 1990 that made it illegal to discriminate against disabled persons. Accommodating our world so that people living with disabilities can enjoy a normal life is a pretty obvious greater good. But there is a downside to these well-meaning regulations in the form of needless and predatory lawsuits.

For commercial facilities, the aspect of ADA that’s most pertinent is Title III, which requires most businesses to provide reasonable access to disabled people and remove architectural barriers. Title III took effect in 1994 and undoubtedly it has helped many with disabilities, such as the wheelchair-bound and others, to enjoy businesses open to the public.

Over the years, though, Title III has been the basis for ‘drive-by’ lawsuits, serial plaintiffs, and a whole cottage industry of predatory lawyers who’ve taken advantage of the law to squeeze hefty settlements from businesses and building owners. Nowhere in the country is it worse than in California, where state law (unlike federal law) allows plaintiffs to collect damages sometimes as high as $4,000 for each lawsuit filed. A case in point is what happened in Chinatown in San Francisco over the summer of 2021, when Orlando Garcia, a man who uses a wheelchair, filed dozens of lawsuits against businesses there for ADA Title III compliance issues. Garcia filed more than 100 lawsuits in 2021 against California businesses.

“You can see from the video that he had no intention of actually visiting the business to be a customer; he went around with a tape measure,” Jaynry Mak, owner of Dim Sum Corner and one of the merchants sued, told KPIX. “It’s kind of a shakedown for small mom-and-pop businesses.”

ADA-related lawsuits increased in California by 21 percent to 6,055 in 2020, while other states saw declines. That massive volume of disability lawsuits is primarily driven by serial plaintiffs like Garcia. San Diego-based Potter Handy, one law firm specializing in ADA lawsuits, filed more than 1,500 of them in 2021. While predatory ADA Title III lawsuits are especially lucrative in California, the problem exists nationwide. The abusive lawsuits hurt everyone, creating horrendous publicity about ADA and making it hard to distinguish between legitimate lawsuits and predatory ones. Most of the lawsuits also target small businesses that can’t afford to fight back, creating a contentious stance toward a civil rights law that’s supposed to be a win-win for businesses and the disabled.

The courts and Congress have tried to make reforms to eliminate the practice, but not much has helped so far. For example, some courts have labeled people and lawyers as ‘vexatious litigants’ and required them to get court permission before filing any additional lawsuits. This has worked sometimes, but often the serial litigants will just move to a different area outside of the court’s jurisdiction. Some courts have also gone as far as to fine predatory lawyers, force them to pay the other side’s attorneys, and suspend their licenses. These judicial efforts usually don’t go far enough. One serial plaintiff or lawyer will get shut down, but there’s usually plenty of others who take their place.

Congress and state legislators have tried more permanent fixes. One popular idea has been that before an ADA Title III lawsuit is filed, the targeted business must be given notice and an opportunity to fix the problem. This seems like a common-sense change, but the disability rights community fought against the proposed federal statute. They argued the statute would give businesses an inordinate amount of time to make alterations and remove any incentive for companies to fix problems on their own. Disability rights advocates argued that instead, businesses would just wait until they got notice to fix anything. The proposal gained steam in 2017 and passed the U.S. House of Representatives, but it died in the Senate. The fact that the idea made it as far it did, though, shows that people even in the disability community agree something needs to be done to reform ADA Title III to prevent abusive lawsuits.

To comply with ADA Title III, commercial facilities are subject to the requirement that new construction and alterations conform to ADA Standards for Accessible Design. The ADA defines a public accommodation as private entities that own, operate, or lease facilities, such as hotels, stores, movie theaters, schools, and private museums. Office and multifamily buildings are covered, as well, and the law applies to just about all businesses. Property owners, facility managers, and leasing managers are probably well aware of the requirements, but remember that ADA is a civil rights law. Your building could be up to code, but there could be many parts of the facility that are noncompliant with ADA Title III.

Hiring a Certified Access Specialist to audit your building is a great place to start, as they can show the areas that need to be altered and improved. A trained Certified Access Specialist will look for several areas of non-compliance, including parking lots, which must have a slope no greater than 2.08 percent and have the specified number of handicap-accessible spots. Curb slopes and ramps are other significant areas of concern, and curb landings must be level. Another major area of concern is restrooms, requiring proper signage, grab bars, and adequate dimensions for clear floor space. Taking a proactive approach to mitigating ADA Title III compliance issues is always the better move than getting surprised by a lawsuit.

Serial ADA litigants usually look for access barriers that are easy to visually identify, and the easiest place for them to do this is in the parking lot. This is the main reason they’re sometimes called ‘drive-by’ lawsuits, as some litigants will quite literally drive through an area and collect evidence on non-compliance without any intent on visiting the facility. Some litigants don’t even waste time physically checking out facilities and use satellite imagery from Google, according to Certified Access Services, an architectural consulting company with expertise in accessibility and ADA. Consultants say you shouldn’t make the mistake of assuming parking lot contractors or other developers followed ADA compliance while making renovations or during construction. Parking lot violations can be especially easy to spot, and they’re a simple target area for drive-by lawsuits, whether seen from satellite imagery or not.

Drive-by ADA lawsuits often catch property owners and tenants off-guard because it’s the first time they’ve gotten notice there’s even a problem. Usually, the violations are a simple oversight that can be easily fixed. But because of the way the law is written, there’s not much incentive for serial plaintiffs to give advance notice for violations because then they wouldn’t be able to collect the damages and legal fees.

If you’re hit with a frivolous ADA Title III lawsuit, legal experts say the first thing you should do is check when the property has been built and if it was modified. If the property was built before the ADA Title III effective date and hasn’t been modified since, there’s a chance the law may not even apply, according to Hirsch & Westheimer, a Houston-based law firm. Also, the law only requires the removal of architectural barriers when it’s ‘readily achievable,’ which means it’s easily accomplished and able to do without too much expense. Landlords and businesses hit with these legal actions should also determine the accuracy of the lawsuit and whether the plaintiff has the standing to file it. Check out the plaintiff’s past patronage of your property, whether the person is likely to return, and the frequency of their nearby travel. If the plaintiff is a ‘serial’ ADA lawsuit filer, the courts could even determine they’re a ‘vexatious’ litigant.

Even if the plaintiff doesn’t have standing, if the ADA violations are there, it’s in a facility’s best interest to fix them quickly. After the barriers are removed, the content of the person’s lawsuit could be rendered moot. The Americans with Disabilities Act has been a largely beneficial law for both handicapped persons and commercial facilities, creating public accommodations that are more inclusive. Unfortunately, a negative side of ADA Title III has been how much it’s been abused by serial plaintiffs who seem more concerned with hefty settlements and legal fees rather than making buildings more accessible.