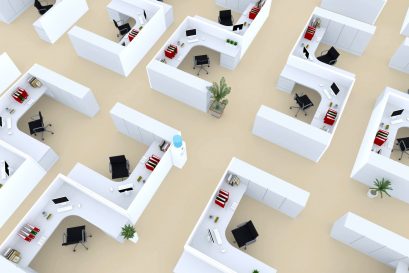 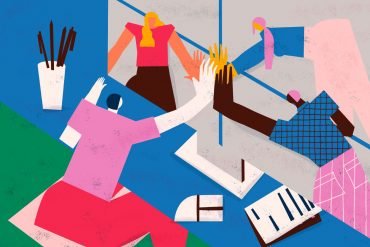 Everyone seems to have an opinion about the future of the office. But few opinions matter more than those who will inherit them. As much as senior leaders want us to listen to their years of expertise, we are entering a new world order when it comes to the office and the youngest generations will be the ones that build it.

Call them digital natives, Zoomers, or iGen, the workers that are starting their careers in the post-pandemic world have a completely different perception of the office than the generations before them. I was able to interview one recent college graduate with a unique view of what the future holds for our physical workspace. His name is Harrison (Harry) Koeppel and he is currently studying at NYU’s Schack Institute for Real Estate. I wanted to interview Harry, not just because he represents the newest entrants into the workforce, but because he had just won his class’s final project, a real-world case study done in collaboration with the consulting firm Ernst & Young.

For the project, students were asked to put together a presentation about how NYC office spaces can be reimagined, repositioned, or repurposed to better align with future needs and to become an attractive community focal point for employees. “As preparation, we took tours of real-world offices to get an idea of what is out there and then let the students suggest some of the things that they think a modern workplace needs to make it more useful and appealing,” his Professor Brian Schwagerl said about the project.

Before we dove into Harry’s winning presentation, I wanted to get to know him a bit. My first question was simple, but was important to understand Harry’s vantage point: have you ever worked in an office? His answer was predictable: “No.” My next question was also simple: do you want to work in an office? Harry’s answer to this was less predictable, “I wasn’t sure before this course,” he said, “but I had the chance to see some of the most innovative offices in the city and if I know that if I was able to work from places like those then I would be in the office a lot.” So, it seems that there is a place for the office in the hearts of younger workers—at least if it has a view of the New York City skyline.

I also asked Harry why he chose to study real estate. Koeppel, like many others that find themselves attracted to the real estate profession, comes from a real estate family. He had seen his hometown of Palm Beach, Florida, get developed by some of the country’s largest landlords and wanted to understand how they operated. “It seems like every other building in Palm Beach has been newly developed by companies like Related and I wanted to learn enough to be able to compete with ‘the big boys,’” he said.

Finally, we got to talking about his project. The presentation had a lot of things you would expect from a “future of the office” report. It talked about the need for flexible working technology thanks to the growth of hybrid work and the importance of amenities to motivate workers to come to the office. But what made the ideas in Harry and his team’s report different from what we actually see being implemented in workplaces was the way that it suggests that an office should integrate into workers’ lives.

“The fact that offices don’t have integrated calendars seems strange,” Harry said. He thinks that it would be much easier to schedule meetings and coordinate non-work schedules if workplaces operated around a shared calendar. These calendars would not only show what events and amenities were available to the employees but would also give other employees a sense of who else would be there. This information would have to be volunteered by the employees, of course, but Koeppel doesn’t see that as a deterrent for many of his peers, “pushback against sharing information was a concern for us but we think that if you prove to people that the information will be used in a responsible way, and for their benefit, they would be fine with sharing it.”

Harry’s team also placed an emphasis on using nudges to help increase everything from productivity to community engagement. “Even UberEats sends notifications regularly, why shouldn’t our workplaces,” he said. These nudges could be personalized and tested to optimize their effectiveness. “Tech companies have gotten really good at knowing what motivates us,” Harry continued. “Should a message be sent at 8 or 8:30? Should it be witty or inspirational? We can learn the answers to anything if we do some intelligent testing and analysis.”

Again we see a general acceptance from Harry and his team about what modern workers will allow when it comes to workplace tools. This is not the first time anyone has ever had the idea to use tools to motivate good behavior. But most senior corporate officers are too scared of the image that it might create. But here we have someone that represents the newest entrants into the workforce saying that, if done right, monitoring and nudging can be seen as a benefit and not a curse. “We already have social media, which basically uses these techniques to make us angry. Why can’t the office be a place that uses the same skills to make us happier?” Harry asked. He thinks that the perception of invasion of privacy would go away if we learn to use the information in a rewarding way. “I for one think it would be great to have a workplace tool that would tell me to go workout or meditate and I think a lot of other people my age would too,” he said.

Much like the future of the office, everyone seems to have an opinion about the youngest generation, they are often described as lazy, selfish, and unmotivated. This stands in stark contrast with how they see themselves. This younger generation wants to change the world for the better. They just might be doing it in a much different way than their predecessors.

But one thing that Gen Z or iGen or whatever we decide to call them has in common with the older generations is that they enjoy collaborating with each other. And therein lies the power of the office. We might see office use become voluntary and we might see the purpose of the office change, but we certainly see the office as part of our future. The ideas that the younger generations have about the office, and everything else for that matter, might make those already established in the business world nervous. But that too is an important part of their role.