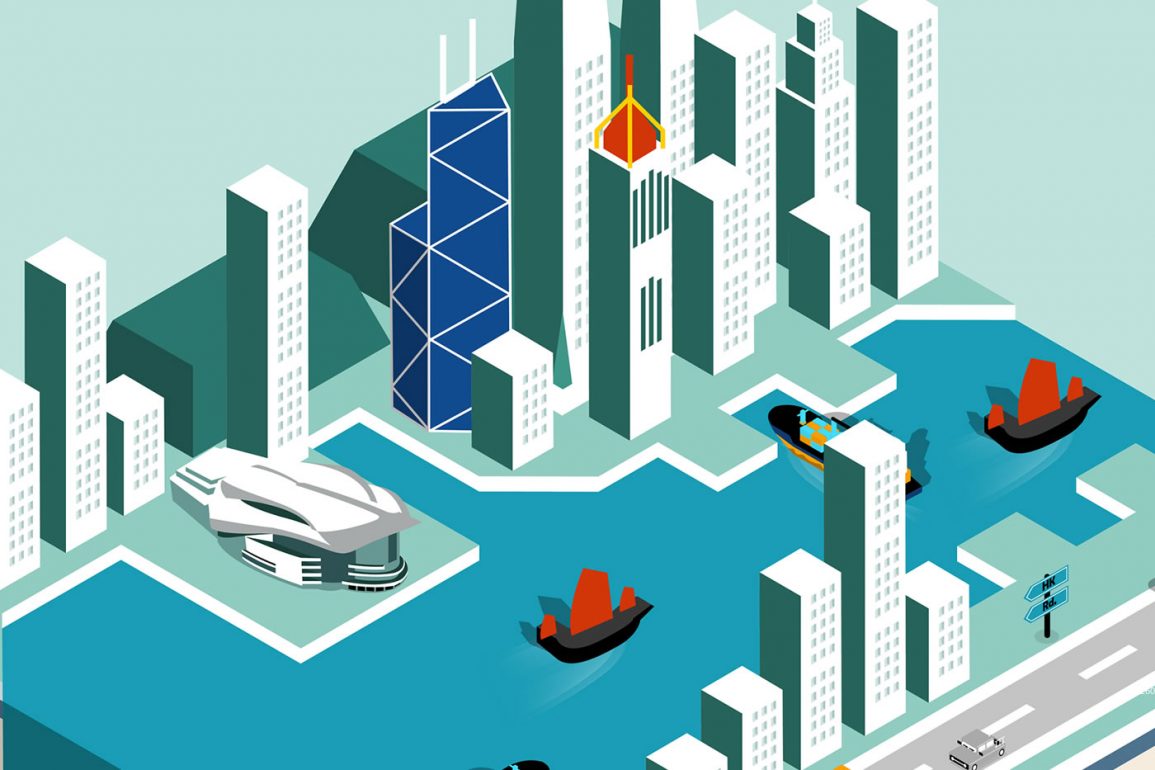 Hong Kong aspires to become one of the leading smart cities in the world, and one of the main ways its representatives seek to do that is by creating a spatial data infrastructure (SDI). With the help of an open-source system, city planners will depend on a 3D geo-database for information sharing and storage. It’ll contain information about terrain, paths of travel and more — all necessary for any smart city.

The city’s government launched an initiative to create a map-filled database called the Common Spatial Data Infrastructure (CSDI). The goal is to finish it by 2023. One of the standout features of this project is that it could link metadata with map information, allowing people to attach data to a business or other feature on a map.

Hong Kong has thousands of datasets, but a relatively limited number of those relate to geospatial data. That could be one of the reasons why critics assert that, compared to other cities, it lags behind other destinations as a smart city.

However, one major hurdle the city must overcome is figuring out data exchange standards so the information shared between parties is correct and current. It’s expected that government officials will play a primary role in ironing out that aspect.

A consultancy study is underway as part of plans for the CSDI. It’ll give insights about the proposed roadmap to completion of the project and the governance strategies.

India also has a plan to make its cities smarter, spurred in part by the fact that 2015 data showed nearly 31 percent of Indian citizens live in cities — and that amount is set to rise dramatically in less than a decade. Plus, that country’s goal is substantially more ambitious than Hong Kong’s.

India wants to turn 100 cities into smart cities with an initiative that started in 2016. The plan puts a particular focus on so-called brownfield cities, which were once used for industrial purposes and now extremely polluted. Moreover, the chosen smart cities must also be “lighthouse cities” that inspire others about the potential that smart cities can bring.

Some critics wondered, though, if India’s prime minister, who is fully on board with the smart city project, was getting too far ahead with the vision. Many places in India lack basic infrastructure, and they argued it might be better to spend financial resources improving that first before focusing on smart city creation.

Because India lacked a spatial data framework before its project began, the push to make Indian cities smarter could have a positive impact on the country’s IT industry at large and demonstrate the widespread benefits of such information for city planning and other means.

In Hong Kong, news indicates that the spatial data platforms in the works won’t consist of only one type. To clarify, the government’s view is that governmental departments serve as data providers and maintain their spatial data regularly — or on an as-needed basis. However, that system allows for only a one-way flow of data, and one where the information goes from data owners to users.

However, some entities in the private sector also have something different in mind for the spatial data setup. For example, the Hong Kong Science and Technology Parks Corporation (HKSTP) launched a tool called Data Studio that allows private-sector stakeholders to enjoy the open exchange of data.

The challenge, then, is to figure out how the two kinds could work together for the benefit of Hong Kong’s city representatives and residents. That’ll likely require merging the systems and making them compatible with each other.

Aside from how the proliferation of data stands to help people who develop cities, it could give more bargaining power to the people who deal with real estate. That’s already happened in other places around the world by making it easier for people to negotiate the prices they pay for leases.

In one case, a Russian retail chain used spatial data to determine the likely profitability of each store location during an expansion and depended on those insights to negotiate lease prices. Even without spatial data, it’s already possible for people to see property values in neighborhoods where they live or want to reside. Having that leverage could make renters feel empowered and reduce the likelihood that they would move into an area without knowing enough about it.

Advocates for smart city data say the potential is endless for the convergence of SDI and geographic information systems (GIS). That’s because beyond storing data, it allows seeing how information relates to each other and changes over time.

So, people could make decisions about everything from garbage truck pickups to public health programs by looking at the collected data to see what it reveals about populations — whether in Hong Kong or anywhere else.

The plans in Hong Kong aren’t just about the efforts of governmental and private-sector organizations, either — they also include an educational element. It seems the realization is that whether creating an SDI or working with data in another way, people in the city need to be equipped for what’s ahead.

One of the ways they can do that is by enrolling in an online course at the University of Hong Kong. It focuses on applying artificial intelligence (AI) in several ways, including to develop smart cities. Notably, Microsoft is part of the agreement, suggesting the company wants to tap into emerging tech talent within China.

In other educational news related to smart cities, Hong Kong Polytechnic University recently received an HK$100 million donation for smart city research from the Otto Poo Charitable Foundation. One of the areas of focus for using the money will be smart city transportation, which includes 3D spatial data infrastructure. The people working on that part of the project will also explore opportunities related to autonomous vehicles and improved public transportation routes, both of which could be invaluable as Hong Kong becomes more high-tech.

Even though Hong Kong’s strong pushes toward becoming a smarter city are still in the early stages, the examples here illuminate what’s possible and why it could be so valuable on a long-term basis for the city to make this move. Hong Kong is looking to do what other cities have done for now, but it may not be long before it becomes a beacon of inspiration for others.