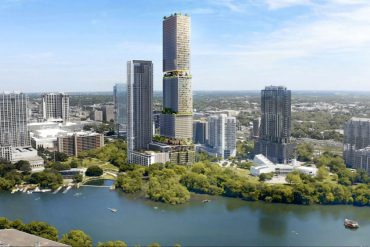 Commercial real estate is a complicated world of deeds, leases, easements, and zoning restrictions that necessitates a healthy amount of legal counsel. From the very beginning of the property industry, lawyers have helped landlords, tenants, and renters alike, forging laws and precedents that have shaped the industry’s very foundation. There are always new lawsuits being litigated that are changing the precedent for tomorrow’s legal landscape but the pandemic has added a lot of new considerations. Here are five important on-going legal battles shaping the future of commercial real estate.

Mama Jo’s South Florida-based restaurant Berries has asked the supreme court to overturn a ruling stating the business is not entitled to coverage under its ‘all risk’ commercial property insurance policy for the loss of income and expenses incurred by nearby road construction nearly six years ago. The case is being closely watched by policyholders and insurers looking to understand the scope of coverage under ‘all-risk’ policies, many of which are being exercised to cope with losses during the COVID-19 outbreak. The insurance company covered $336,000 of Berries’ claim but the remaining $295,000, accounting for loss of sales, was denied. Thousands of business owners are looking at their own policies in the midst of a pandemic, wondering if their own ‘all-risk’ policies cover the lack of sales during a viral outbreak that has shut down many cities. The National Restaurant Association estimates the industry collectively lost $240 billion in revenues during 2020, a SCOTUS ruling in favor of Mama Jo’s would entitle policyholders to compensation from their insurer for part or all of the lost revenue. At its core, the case centers around the legal interpretation of “direct physical loss.” The Eleventh Circuit narrowly interpreted the phrase to require direct permanent damage or dispossession of property. A federal judge in Ohio ruled differently, stating physical loss can apply to being denied use of the facility, as many businesses have been denied during the pandemic. A court decision on whether to hear the case is pending. More on this case

NYC’s infamous developer HFZ Capital has had a number of high profile legal problems. Currently, one of the firm’s lenders, W Financial REIT, is suing an affiliate of HFZ for defaulting on a loan tied to five properties on New York CIty’s Upper East Side. The REIT provided a $43.6 million dollar loan, which the lender claims was personally backed by HFZ’s managing principal Ziel Feldman. Rumored to be part of a land assemblage for a larger deal, the lender claims the loan has defaulted on payments since June and the loans have not been repaid, seeking $48.6 million in principal and interest from the court. The case is the latest filed about HFZ, one of New York’s most prolific condo developers. Legal issues surrounding the firm have put Feldman, who personally backed more than one loan now in default, into financial jeopardy. The world of New York real estate is watching one of the city’s most high profile developers be brought to its knees as it fights off a growing list of litigation. More on this case

Retired Yankees baseball legend Alex Rodriguez is embroiled in a $50 million lawsuit against his former brother-in-law and business partner Constantine Scurtis. The lawsuit alleges A-Rod cut Scurtis out of the billion dollar real estate empire they built together. The claims go back to A-Rod’s time as a player, outlining a history of embezzlement, obtaining property by fraud, insurance fraud, forgery, mail fraud, wire fraud and racketeering, resulting in millions in damages to Scurtis. The lawsuit claims A-Rod is “a serial cheater and liar,” harkening back to his use of steroids in the early days of his professional baseball career and the subsequent cover-up he was involved in, resulting in a 162 game suspension, the entirety of his 2014 season. Many celebrities and athletes use their wealth to invest in the world of real estate but a general lack of expertise among celebrity investors has led to mixed results. A-Rod has only risen in prominence since retiring from baseball, marrying popstar Jennifer Lopez and becoming a media personality as a baseball broadcaster and member of ABC’s hit Shark Tank. The lawsuit involving the real estate holdings of one of baseball’s biggest stars has made international headlines. A trial is set to begin in August which will likely put further scrutiny on Rodriguez’s empire and raise red flags for others celebrity investors. More on this case

‘Force majeure’ is a term the pandemic has made every real estate professional all too familiar with. Force majeure clauses, known as ‘act of god’ clauses, have been written into contracts as boilerplate for decades. Now stakeholders are taking a close look at the exact wording in their own contracts, wondering if a pandemic constitutes an ‘act of god.’ The issue reared its ugly head in a recent lawsuit involving college football’s prestigious Rose Bowl. Traditionally held at its namesake Rose Bowl in Pasadena, California, restrictions in the state forced the tournament organizers to move the 2021 game to AT&T Stadium in Arlington, Texas. The Master License Agreement between the parties stipulates the game must be played in the Rose Bowl stadium except in the event of a ‘force majeure.’ The City isn’t necessarily saying the game shouldn’t have been moved, nor is it seeking monetary damages, instead the city claims it is the co-owner of all Rose Bowl trademarks and therefore the City’s consent is necessary to invoke the MLA’s ‘force majeure’ clause. The dispute over one of the most valuable trademarks in NCAA sports forced the Pasadena Tournament of Roses Association to file a lawsuit clarifying who owns the trademark and thus the right to trigger the ‘act of god’ clause. More on this case