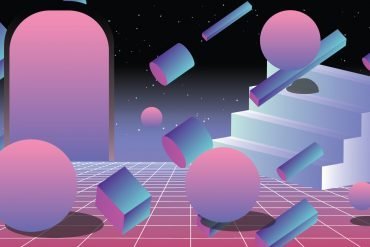 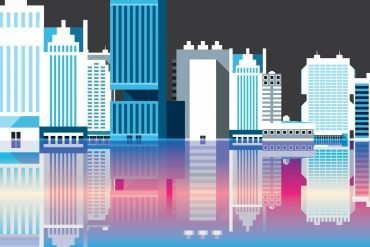 Digital Twins Prove Their Benefit in Wake of COVID-19 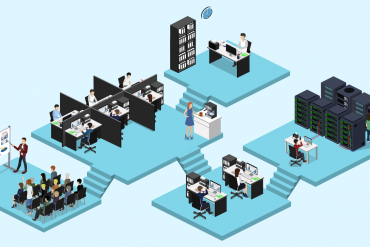 Is the Office of the Future Robotic?

As we enter the final stretch of 2019, the number of disruptive tech platforms we’ve seen flourish is truly astonishing. Out of all of them, perhaps one of the easiest to actually experience on a day-to-day basis would have to be the 3D camera, as popularized by Matterport. 3D cameras allow prospective buyers or occupiers of spaces to go on virtual walkthroughs of buildings in 360 degrees, stitched together for interactive touring like Google Street View. It’s a substantial upgrade from the static photo gallery in every way; the ability to freely see every corner of a given space is something that standard photography simply can’t achieve.

But for as successful as 3D cameras have become, it seems like much of the discussion about them focuses on helping buyers or lessees view spaces. That’s akin to using an airplane solely for taxiing from place to place, since 3D cameras have such a diverse set of uses. One company excited to talk about those other uses is GeoCV, Matterport’s competitor, which differentiates itself in part by basing its capture system around a Samsung Galaxy with an additional sensor and armature, as opposed to Matterport’s non-smartphone camera system. One area where Matterport and GeoCV are in line is in applications for construction. Matterport touts its system’s ability to capture images, measure distance, export to clients, and perform CAD edits during the construction process. GeoCV’s CEO and co-founder, Anton Yakubenko, told me that the potential applications of his company’s cameras include adding a tool to the arsenal of project managers: “while the building is being constructed, it could be scanned on a daily basis, and the 3D scan could be compared with the reference design and all deviations could be determined before they could cause delays and losses. The same analysis could be done on-site in AR when the reference design is overlaid on top of the real construction.”

Of course, GeoCV still has a focus on offering a 3D camera solution to landlords and sellers. But Anton explained that the opportunities go much farther than that. One particular future use comes by way of digital twin technology, itself another nascent tech prospect that has seen a lot of buzz this year. “Imagine a hundred sensors located throughout the building and another hundred smart devices to control. Now imagine you want to get readings from a sensor in a particular location, or turn on a device in a particular location. Looking at a long list of such sensors or devices is not the best UX…GeoCV 3D tours allow creating spatially linked annotations with custom HTML code. Basically, one can place a pin to any point in the 3D tour, say an IoT sensor, and show data from this sensor inside this pin. Or such a pin could be an interactive control for a smart device.”

For space users, this could be a big deal. It isn’t hard to imagine a near-future where each tenant’s space is controlled via a digital twin interface accessible via computer or smartphone, where a network of sensors displays real-time data about occupancy, temperature, energy use, and beyond. Security cameras could even be integrated into such a system, making the platform perhaps the best expression of a true smart home (or office, or apartment) imaginable.

But the most interesting impact of 3D cameras will be the ability of these systems to fuel data science tools. Data science, of course, has been a very attractive field for a few years now. The sophistication of data science tools, particularly if you include machine learning and big data in the mix, is astounding. The challenge, especially in fields like commercial real estate, where data sets tend to be much smaller than on the residential side, is finding enough data to power the models. “3D data about real spaces that is collected by GeoCV could be used to train machine learning algorithms,” Anton said. “It’s extremely hard to collect such data, which makes it invaluable. Imagine how it could help to predict property price. Or insurance risks. Or helping a home robot navigating in the space. Or automatically understanding the floor plan of the space and recognizing furniture in it.”

The Difference Between Building Safety and Building Security

In my perspective, pulling data from buildings is just the beginning. Think about Google Street View. As well as being a productivity killer of the first order, and the basis for the wonderful geography quiz game GeoGuessr, Street View imagery is already being used in research and automated applications, like the automatic detection and geolocation of street signs. Imagine “Street View 2.0”, where 3D cameras begin providing a visual digital twin for entire cities. This very subject is the focus of plenty of industry buzz right now, as a report from tech strategy advisory ABI Research points to the future for urban modeling. With city digital twins and data harvesting in mind, perhaps the next step would be an integration of city and building digital twins, helping energy planners get a more holistic view of usage, and first responders navigate not only to but through the interiors of buildings.

Soon enough, the property industry will begin to treat data science as a central element and not an add-on meant to supplement traditional workflows. The property industry will expect to know not only where something “should be” inside the walls of a building, but where it is exactly. Our buildings’ controls will look less like a dashboard and more like an overlapping set of heatmaps. When this day comes, we will start to utilize the full potential of 3D photography. But until then, we can always bide our time touring buildings on the other side of the globe with a nifty VR walkthrough.