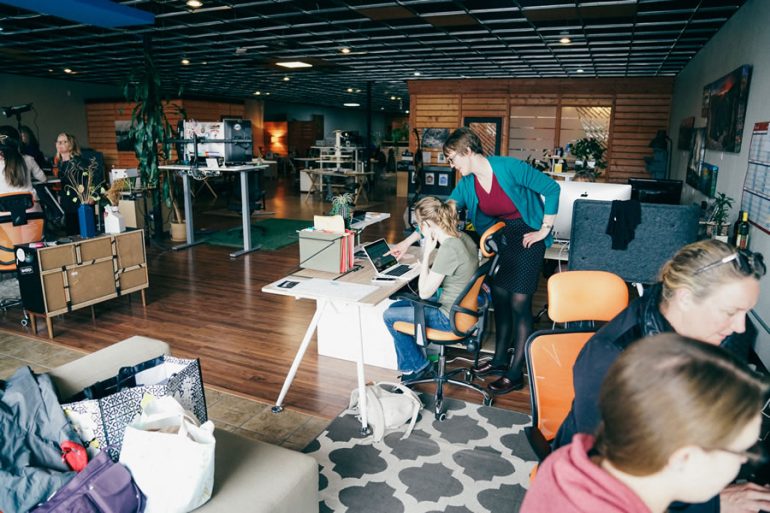 10 Imaginative Co-Working Spaces Around the World

Co-working spaces are growing in popularity in recent years. With 70% of workers reporting that they feel healthier in such conditions, more and more employers are abandoning traditional office workers. Freedom of communication and a lack of hierarchy in co-working spaces are a major factor in employee productivity.

To give you a glimpse into the future, we’ve scoured the internet, checked the best site reviews and analyzed various co-working spaces to list the best. We have come up with the best and most cutting-edge co-working spaces on the planet. Let’s take a look.

While Silicon Valley and New York are considered the biggest tech hubs, Colorado has shown to be a valiant contender for the “tech crown.” The city of Montrose has become famous for its innovative outlook on technology and interpersonal relations. As a result, Proximity Space was founded.

“When we’ve encountered functionality problems in our office, we’ve looked at the example of Proximity Space. By transitioning to a co-working space, we’ve seen massive growth in revenue, employee satisfaction and atmosphere quality”, explains Wilbur Carter, a digital nomad, who works for EssayOnTime.

Germany is a one of a kind country, due to its strict and efficient approach towards business. That outlook has paid off, making Germany one of the most powerful business centers in the world. The focus lies on Berlin.

However, in that hectic pace, there is little room for creativity and innovative approaches. This was the main motive behind the founding of Weserland, according to Felix Hofmann, its creator.

He and his associates call for changes in the taxation system and more government support for smaller businesses. Every big corporation was once a small startup, so there is no point in making life difficult for entrepreneurs.

Even though Brazil has seen its fair share of economic turbulence, co-working spaces are seeing a rise in this South American country.

Many regions are on a hectic pace towards technological advancement, and co-working spaces are a big part of it. The city of Itajai has the second highest GDP in the entire country, and Coollabore is a major part of it.

Mauro Federighi, the co-founder of the space, believes in the vision of a boss-less future. Instead of handing out orders and tasks, people should collaborate and work together on ideas. There is no reason for anyone to feel lower or higher than anyone else. It hinders any progress whatsoever.

Tunisia is a frontrunner in many facets. Not only do they boast one of the most beautiful coastlines in the world, but they are the only democracy in the Arab World. For many decades, they have been looking towards the future and a better tomorrow. A fine example of this trend is the Cogite co-working space.

The CEOs are proud of their achievements but are still not satisfied with the overall situation in the country. They cite hesitation and fear of risky investments the biggest obstacles on the road to more co-working spaces in Tunisia.

Digital nomads from all parts of the globe have been enamored with Thailand for a long time now. The exotic and liberal culture of the country made it fertile soil for innovators of all kinds. However, booming tourism has made things difficult for your entrepreneurs and visionaries. With a change in mind, KoHub was created.

This unique co-working space is located on a fairly remote island, resulting in isolation from the daily hustle and bustle. So far, the brainchild of James Abbott has attracted people from all around the world, in search of a greater goal.

Eastern Europe is now much more than a relic of the former Eastern Bloc. Due to its low living costs and avant-garde culture, countries like Bulgaria have become a hub for digital nomads.

Foreign interest is at an all-time high, thanks to many wise incentives by the Bulgarian government. Recently, they’ve reduced the corporate tax for startups to just 10%.

Betahaus began as an experimental project but has become the epicenter of co-working culture in Bulgaria. They believe they can motivate others and help push the entire world into a better future. As time goes by, success stories will be more abundant.

Budapest has long been a city of innovation, flourishing culture, and futuristic views. Amongst the many booming ventures in town, one idea towers above all others.

KAPTAR, the brainchild of Dori and Aron, has emerged as one of the most interesting co-working places in the world. A big reason for that is the international spirit that KAPTAR embodies.

The two founders invited scores of their friends from abroad to join forces with them. As a result, KAPTAR became the hotspot for all innovative ideas and business projects in Hungary. One of the team’s biggest hopes is to see the rest of the region follow suit.

Shopify is just one example of Toronto’s entrepreneurship culture. More and more companies are taking notice of the environment in this amazing Canadian city. Comprised of hundreds of nationalities, Toronto has always been about working together and striving to reach a better tomorrow.

In the growing co-working scene there, North Space has emerged as the premier solution for all visionaries. They cite infrastructure, collaboration and support as the main factors in securing a better business future for people around the world. With new ideas, they want to be the frontrunners in a new digital age.

It’s no coincidence that one of the best new co-working spaces are located in multi-cultural communities.

South Africa has always been about traversing differences, and Cape Town Office is a prime example of this forward-thinking mentality. Lizelle van Rhyn, the founder, has thought about opening such a place for many years now, but often hesitated.

“I was anxious about taking the first step, but I figured I would never know the outcome if I didn’t try,” says van Rhyn. “We want to be the premier spot in the region, where people want to come by, share their ideas and collaborate with like-minded individuals.”

When Steve Munroe founded Ubud, he wanted to make use of the low traveling costs in the region. Due to this benefit, many foreigners love to visit Indonesia and bask in its immense beauties. Ever since its beginnings, Ubud managed to attract a lot of people of all walks of life.

The thing that makes Ubud unique is that it’s founded by expats in a foreign country. Due to its emphasis on multiculturalism, Munroe’s co-working space became an instrumental spot in the entire region.

Co-working spaces are a growing trend not only in the most advanced cites but almost everywhere in the world. By attracting numerous brilliant minds, these spaces on our list have emerged as the most prominent ones. However, they are just the beginning.

People like to use all the advantages of co-working space and, as a result, the significant growth in co-working spaces doesn’t seem to decrease. For example, the article on GCUC states that there will be 5.1 Million co-working members within around 30,500 spaces by the year 2022.

In addition, as the world around us innovates rapidly, it influences the future of co-working as well. With the advancement of technologies like IoT, Cloud, PMS, and video calling, the workers don’t need to cohabitate. A virtual office space is the future. And what better than a co-working space to meet the requirement? It’s the future. 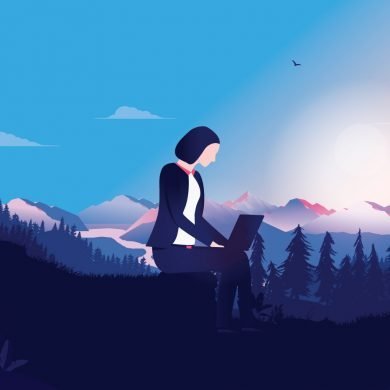